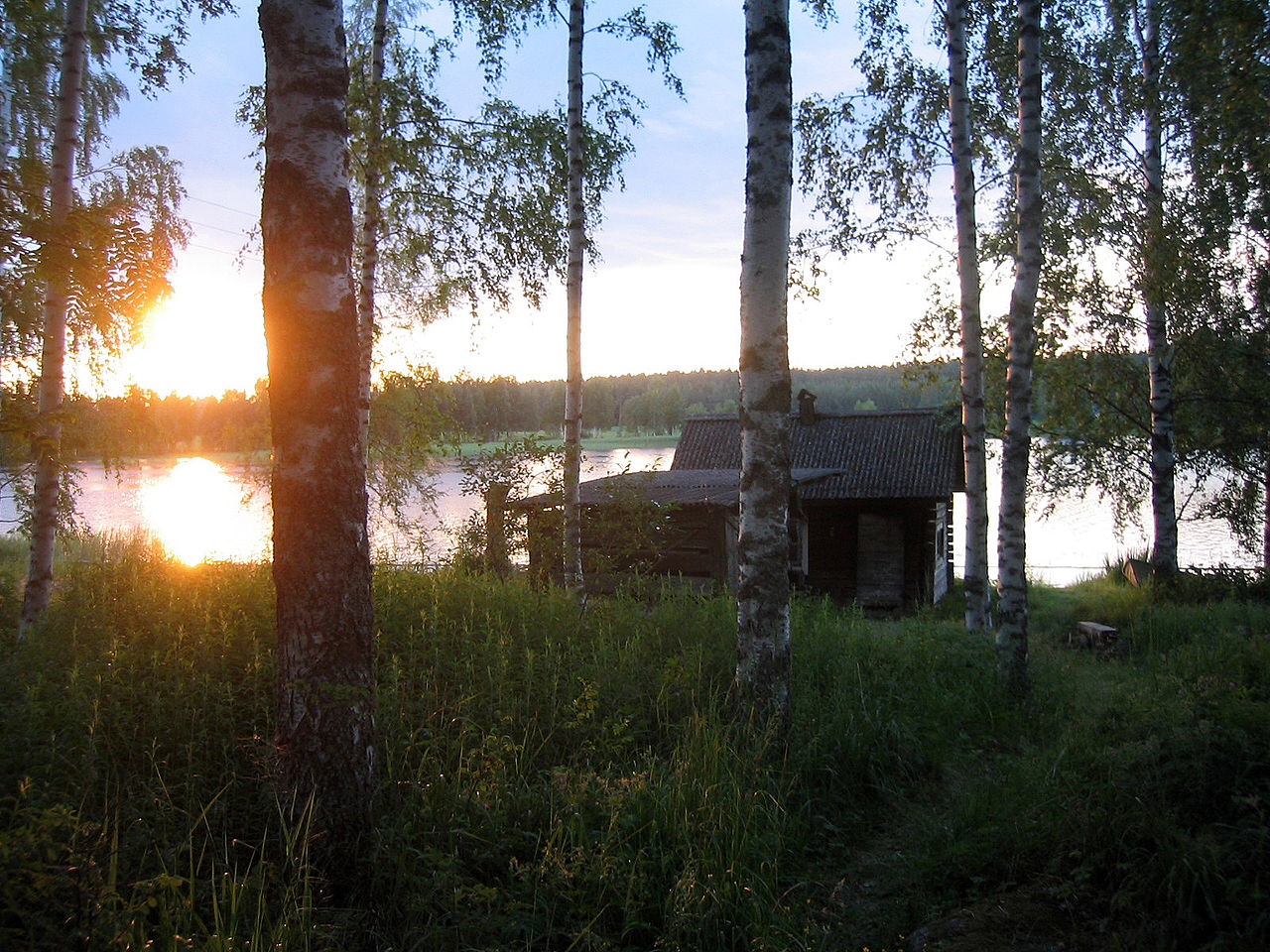 I’ve been trying to work out exactly what it is I find so magnetic about Finland.

For a start, it’s cold: My freezer is cold, humming away at -18c to keep my pizzas crispy. In one Helsinki winter I’ve stumbled out of Urkki’s [1] into -26c. That really hardens your ice cubes, I can tell you. It’s also dark. Helsinki in midwinter gets less than six hours of sunlight a day. Up in Rovaniemi and points north they get little or none during the winter months.

The language is pretty much impenetrable: It glories in fifteen cases, a vocabulary based not on anything Indo-European but on Uralic, from the depths of the Ural mountains, which renders the simple ‘twenty-first’ as the eye-watering ‘kahdeskymmenesensimmäinen’. ‘Minä rakastan sinua’ has to be amongst the least romanic ways of declaring your love to anyone and there is none of the logical functionality of German or the warm embrace of Italian; this is a language that fights you every step of the way. Even if you do manage the near impossible and master it, the Finns are famously taciturn and prefer silence to filling a lull in conversation with waffle about the weather or the trains.

They like their coffee sour and cakes dry. In the cities there is a distressing enthusiasm for architecture made of square blocks of concrete. And yet…

And yet I find myself drawn here like a magnet. The winters may be long, cold and dark, but the summers are a glorious riot of nature, the hours of sunlight previously denied flung back at you all at once.

They have saunas. I’m aware that sealing yourself naked in a wooden box with strangers whilst poring water on a fierce stove, the better to steam yourself like dim-sum, all the while exacerbating the dehydration with alcohol is not everybody’s idea of fun, but for me a traditional savusauna followed by a swim in a clear lake on a summer evening is close to nirvana.

In general the people are some of the most genuine you will ever meet, directly and unaffectedly kind and, whilst it may take a little time to get close to a Finn, once you do you have a friend for life. There is a genuine feeling of social egalitarianism (we’re all naked in the sauna after all) which for a conductor is a joy. There’s a refreshing lack of pretension here – the new concert hall is called ‘Musiikkitalo’, literally ‘Music Building’ and it’s easy to find, situated right behind the headquarters of the biggest newspaper in Finland, ‘Sanomatalo, ‘Newspaper Building’…

They have sisu, the quality of courage to keep going no matter how overwhelming the odds. Think of Churchill’s KBO – ‘keep buggering on’ – but add more grit, a certain set of the jaw and narrowing of the eyes you’re somewhere close.

Even the language has its delights and figuring it out gives me a childish glee. To be able to turn the simple noun ‘Hotel’ into ‘Hotellilla’ (‘at the hotel’) or ‘Hotellille’ (‘going to the hotel’) tickles the same part of my brain as a cryptic crossword. There is a real delight in mastering a tongue-twister like ‘Vesihiisi sihisi hississä’ (‘the water monster was hissing in the elevator’) or learning to pronounce the vowel-shade word ‘hääyöaie’ (wedding night intention). Being able to turn ‘juosta’ (‘to run’) into ‘juoksentelisinkohan?’ (‘I wonder if I should run around aimlessly?’) leaves me giddy. [2]

I’ve long held that people either have a northern or a southern soul. Those of you with a southern soul will probably find my attraction for this gruelling place hard to fathom. If you’re not sure which you have, listen to Sibelius’ Fourth Symphony. If you run from its grey depression you’re a southerner. If you find in it an austere beauty, then welcome to the club, pour yourself a cognac and let’s sit here and enjoy the silence.

1. The Helsinki pub favoured by musicians. It also has an excellent selection of beer. Co-incidence? I think not. It’s named after President Urho Kekkonen who apparently enjoyed coming here and can be seen on their sign drinking beer out of a sauna bucket. I’m not convinced there is a similar depiction of Margaret Thatcher anywhere.

2. ‘Yes,’ I hear you thinking, ‘those long winter evenings must just fly by…’